Sport Karate and Kickboxing are sports which use a number of basic techniques derived from the traditional side of Martial Arts.  It has become a very popular form of training in the UK and throughout the World and for people of all ages.  It is an effective system of training that gets people punching, kicking, blocking and sparring in a short period of time.

We cater for those who would like to participate in the competition side of the Martial Arts and the team can deliver a high level of coaching in Sport Karate and Kickboxing techniques in order for students to progress and compete at a high level.

This is a fighting discipline where two fighters fight with the primary goal of scoring greater points using controlled legal techniques with speed and focus. The main characteristics of points fighting are delivery, technique and speed.

It is a technical discipline with equal emphasis put on hand and foot techniques, all techniques (kicks and punches) are strictly controlled. During a fight a point can be scored with either a kick or punch to a legal target on the body. The central referee will halt the fight at the same time when the 2 other judges show their fingers the number of points in the direction of the fighter who is being awarded the points.

The main Kickboxing discipline the style competes in is:

Competition in Light Contact Kickboxing should be executed with well controlled techniques. During a light contact bout, competitors fight continuously until the central referee command STOP or BREAK. Equal emphasis put on hand and foot techniques, all techniques (kicks and punches) are strictly controlled and points are only scored during a bout to legal target areas.

The central referee does not score during a bout but ensures the fighters compete in line with the appropriate rules of engagement. The 3 corner judges score the bout at the end of the fight where the winner is declared who has the majority decision.

Note: Competition rules and scoring systems will vary.  Check and know all the rules before entering each competition. 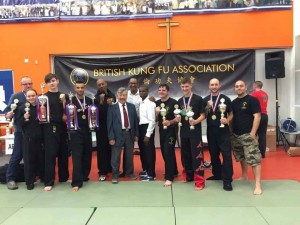 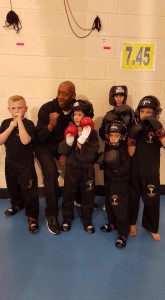